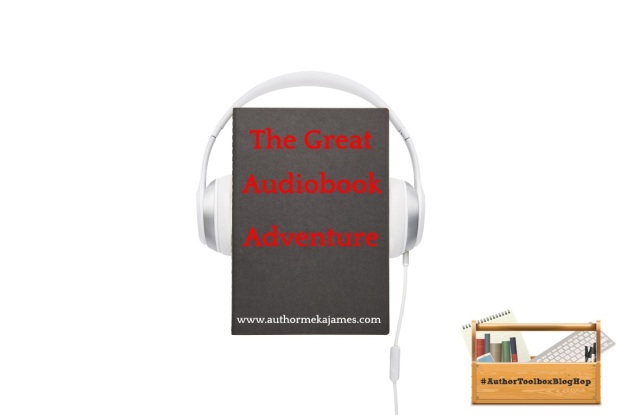 It’s August. My kids are back “in” school now and by in I mean they are digitally learning currently with plans to reopen in a few weeks. Though I highly doubt they will. However you’re not here for the woes of motherhood in times of Covid. A new month means a new #AuthorToolboxBlog hop.

So from the title of this post, you already know the journey we’re going on. Audiobooks are the “it” thing. It’s the next evolution for publishing, especially for indies. Having your books available in as many formats as possible to reach as many readers as possible makes sense. But…and that’s a big but, it’s not always feasible.

There are options though, and I’m gonna take you through my adventure in getting my first audiobook produced. First up was deciding which book. I have seven out, but two are with publishers, so that left me five to choose from. Because I wanted to make the wisest investment possible and keep the cost down, I went with my most *popular* title to-date.

That would be tip 1: You don’t want to choose a book that has low performing sales. I have one book that is priced at $0.99 and seriously I sell only one every couple of months. It would not have been a good candidate at all.

If you’ve been toying around with the idea of audio, I’m sure you know about ACX and the royalty share option they have. If you don’t, basically you can audition narrators that will cover 100% (usually but it could vary) of the costs and you split the profits of the book 50/50. If you are low on funds but still want to put an audio out this is an ideal option! Many have done it and like with anything it has its pros and cons. One of the biggest cons is that you are locked into an exclusive contract with ACX/Amazon for seven years.

I started with that option. Uploaded a script and waited for the auditions to roll in. They didn’t. I think I got two and I didn’t like the voices so I declined. I did reach out to one person directly and never got a response. A narrator can make or break an audiobook. I’m sensitive to voices so this was a particular sticking point for me.

That brings us to tip 2: Choose your narrator wisely. Yes you are on a budget, but you also want the book to sale and get good word of mouth. Having a narrator that doesn’t perform well can hurt your product.

Because of the lackluster response on ACX I let the idea of an audiobook sit for a little while. Then I decided to try Findaway Voices. They also have a program to help lower the cost of production, but it’s not 100% like with ACX. It’s called Voices Share. However, with Findaway I decided to not do that and instead using their pricing tool to determine what the upfront costs would be and pay for it outright.

The process seemed easy enough. I submitted and then I waited. And waited. And waited to get an email with a list of auditions. It didn’t come and yes I was hella annoyed by this fact. While I was waiting and venting about their lack of response (it was supposed to take two weeks) I saw a post in one of the Facebook groups I’m in about a private production company that was hosting a Zoom Q&A session. Score. I attended and was impressed by Pink Flamingo Productions on all they said they could offer. I reached out.

The owner answered all my questions and I signed on with them. Book underway. They worked within my budget and sent me auditions from narrators who fell in the amount I was looking to spend per hour. While this was going on, a friend said I should at least follow up with Findaway. It’d been like a month since I uploaded and got nothing.

I emailed and low and behold I got an apologetic email back and within two hours a list of narrators. ONLY they weren’t actual auditions of the script I’d uploaded, they were like samples of other things they did. Color me unimpressed. And here’s the thing, unlike at ACX there is no way for you to listen to these samples in advance and contact the narrators. You have to wait for them to send you the list based off the information form you fill out.

It didn’t matter because I’d already picked the narrator I wanted from the list of auditions sent to me by Pink Flamingo. But in the spirit of total transparency, after the initial conversation and such, the communication seemed to falter a bit. This was my first audiobook and I wanted a little more hand-holding as it were. But I got through it and ended up with a product I was/am giddy over. 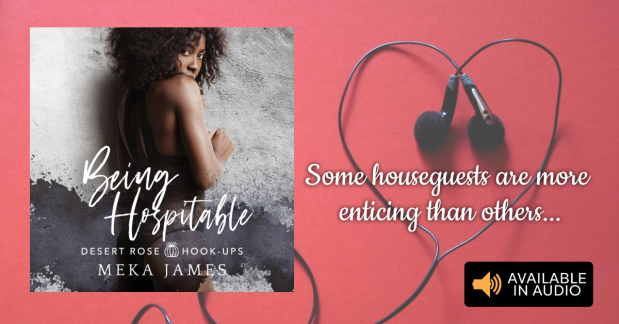 Next came where to upload. Even though I wasn’t impressed with how Findaway handled the audition process, I wanted to use them as a distributor because I’m wide as an author and therefore wanted the audiobook to be as many places as I could get it.

That brings us to tip 3: Don’t future date the release

Because here’s the thing folks, uploading and having your audiobook go live is NOT like when you do your ebook. I went through all the steps, loaded the files, got the metadata set then I picked a go live date. However, unlike when you do a pre-order for your ebook, choosing your go live date does not mean it will be live at all places on that day. I learned that the hard way.

There is an editorial process and once it passes your book could go live right away. As this was my first, I wasn’t aware that the audiobook wouldn’t work the same as with an ebook. The Voices Plus program which is Findaway’s “extended” distribution option says your book will be for sale at 45ish retailers. Day my book was to go live I searched for it at the top places.

Apple, Kobo, Chirp, and Google Play were the only places it was live day of release which was July 22. A few more have come on line, but as of today (8/18) the biggest one, Audible, still doesn’t have it live. Now people have been saying there have been delays with getting their books up on that site. When you log into Findaway on the top page it says ACX/Audible is experiencing delays. It’s been nearly a month. Le sigh…

There’s more I could talk about, but this post is getting long. However, if you have questions, feel free to leave them in the comments or you can email me. I might consider a part two because even though this is long-ish I feel like I may have left out some things in an attempt to keep it a reasonable length.